Redux manages the state, so it's userful when your application is large and you need to manage many states and share them between multiple containers.

1. Single source of truth - bundle state in one object store

You'd have one single object store that describes the entire state of the app.

2. state is ready only

Instead of updating a state, in Redux you create a new state every time state changes, like below

Changes are taken care of by pure functions called reducers in Redux.

Actions such as 'click a submit button' or 'fetch API call' need to be registred as action and dispatched to be triggered.

Reducers are pure functions that takes actions and spit out store(= this.state). They process actions and create a new state based on them.

store is basically this.state in Redux. It's an object that describes state of the whole application. You pass this down to <App /> as a prop. Reducers take actions and return state, which gets passed to store. 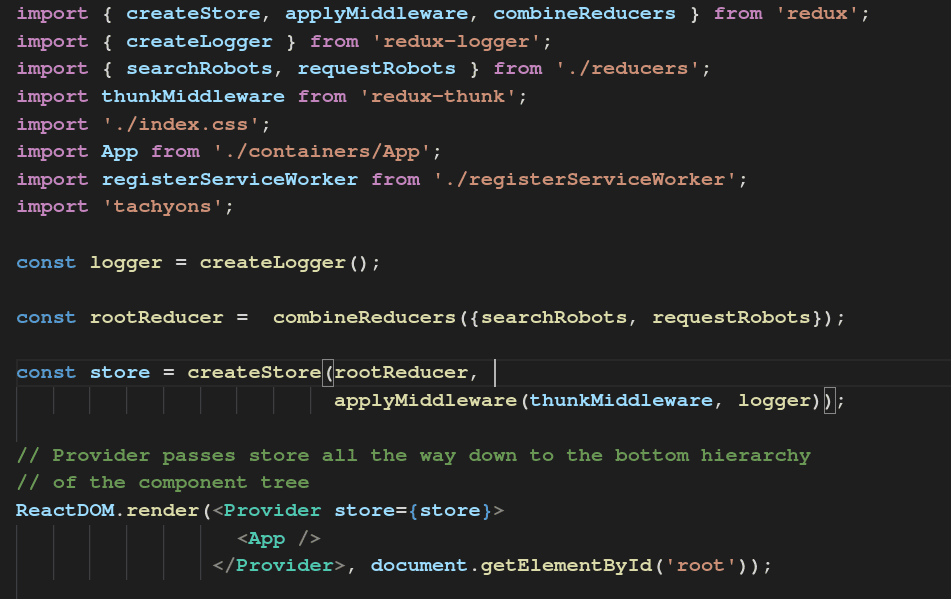 Once store is updated, React detects the change(s) and updates the view layer. These 4 stages happen only from action to view layer update, which is called a uni-directional data flow.