GitHub repo for the view

GitHub repo for the server and database

After the installation of Postman with Snap, I somehow couldn't open it up although I did see it installed in my /home/Desktop/ (I normally don't like to put anything in /Desktop but the page I referred said so I followed.) I wouldn't have minded starting it up from command line so much but also it would've been nice to have an icon on app launcher.

That's how I got to learn that there is such a thing called .desktop file, which is basically what lets your computer show you the icon of an application. I didn't see the Postman icon because I didn't have .desktop file pointed at Postman. Yep, makes sense.

To start the app from a launcher icon, create a desktop file, naming it Postman.desktop and saving it in the following location: ~/.local/share/applications/Postman.desktop

So I added this

Exec is where the program needs to look for Postman.

and it worked! Postman icon did show up, and when I clicked it, the app did turn up. I was pleased for 2 seconds until another question popped up. 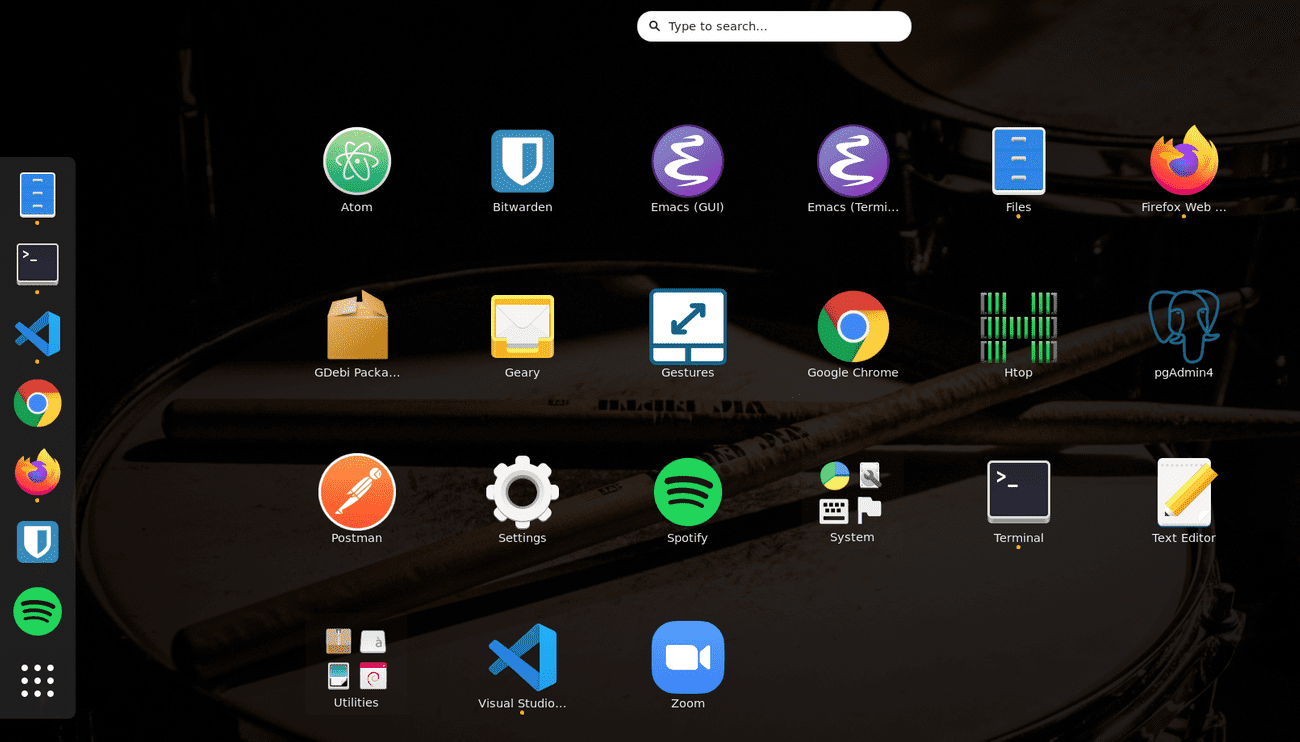 If .desktop file is necessary for my machine to show me icons, why am I not seeing files like atom.Desktop, Bitwarden.desktop, htop.desktop in /.local/share/applications ? Where are they...?

I found my precious .desktop babies in /usr/share/applications after some searching (I avoid saying "googling" because I don't want the equation search = google to be norm. In fact, my default browser & search engine combo is firefox & DuckDuckGo), 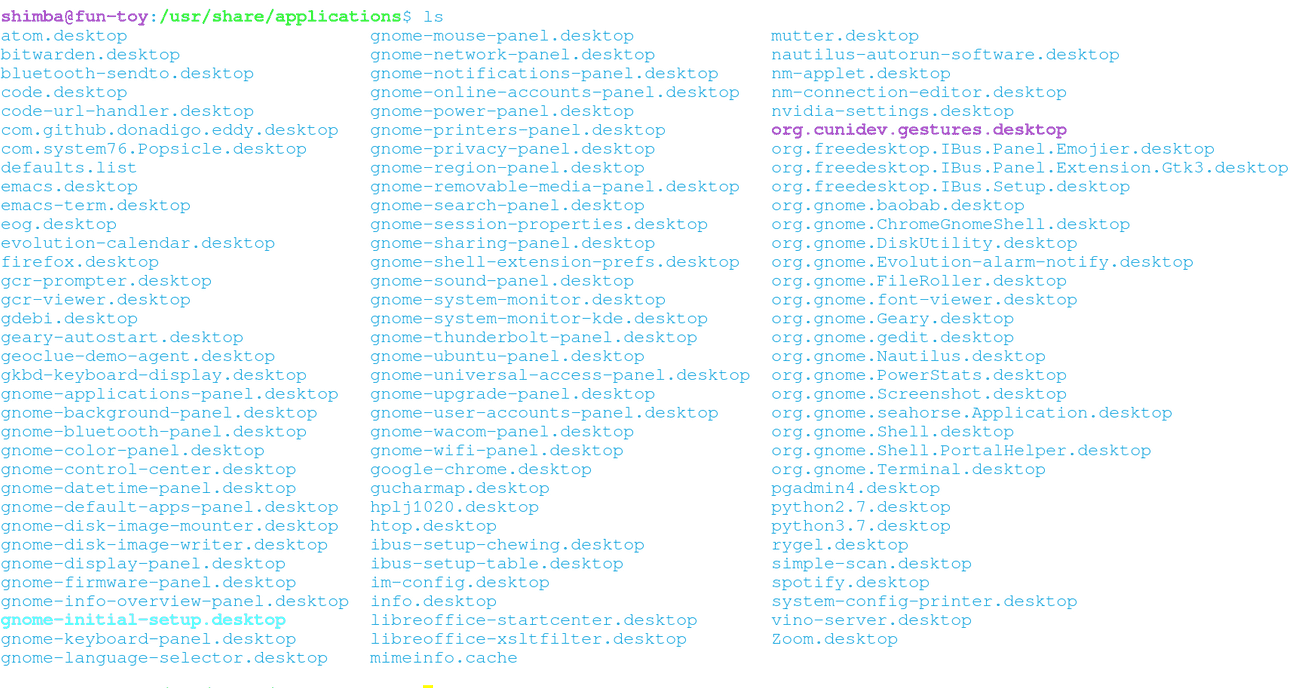 Basically $PATH is a list of directories where your OS look for the program to run when you type commands. I got to learn this because when I installed snap it told me that it wasn't set in the $PATH and I indeed couldn't run snap command. Instead of setting $PATH variables manually, you can set it in .bashrc file, which gets run every time you open a new terminal, so that it automatically sets it for you. Some Ask!Ubuntu pages say I could set it in .bash_profile as well but it only works if I set it in .bashrc. The part I have added looks like this

PostgreSQL is relational database; That is, schema (relationship between each tables) needs to be defined first before you stsrt adding data to them. This also means that each columns need to be set first, whereas non-relational database like MongoDB can accept a new column as you add data.

PostgreSQL comes with CLI based controller called psql with which you can interact with databases, but also there is GUI called pgAdmin available.(latest stable version is pgAdmin4) What they can do for you is the same except for the richer interface with pgAdmin, obviously.

It is a better practice to have multiple tables that contain less columns than to have less table that contain a massive mount of columns. You can JOIN to relate each tables using a primary key and a foreign key.

Once you logged into the database, you MUST type ';' at the end of command otherwise it won't work since this is SQL, not shell script nor JavaScript (we are not good at that, are we?)

Each table can have only one primary key, which is a combination of NOT NULL constraint and UNIQUE constraint.

Since Postgre is relational database, you need to define data type for each columns. In addition to Pre-defined datatypes available PostgreSQL, you can also set your own datatype using CREATE TYPE command.

Show data in a table

if you want all columns to show anyway, you also can use * (= all)

Add a column to a pre-existing table

to update data for multiple users

How to JOIN 2 tables